SIDE PANEL - Adding a Message

Messages consist of a combination of Conditions and Variations. You can create messages as a part of a Qualifier, Response or Transition

Written by Megan Lane
Updated over a week ago

Messages are the core building blocks of your scripts. You combine Conditions with Variations to make a message, which can be built in Qualifiers, Responses and Transitions.

*Conditions on Messages are OPTIONAL. If you do not include Conditions on your message it will be a "DEFAULT Message" (as shown above) meaning it will be used any time a lead enters your script and doesn't match any Conditional Messages, the Default Message will be used

👉  After creating your Default Message, you can add an unlimited amount of additional Messages by clicking "Add Message"👇 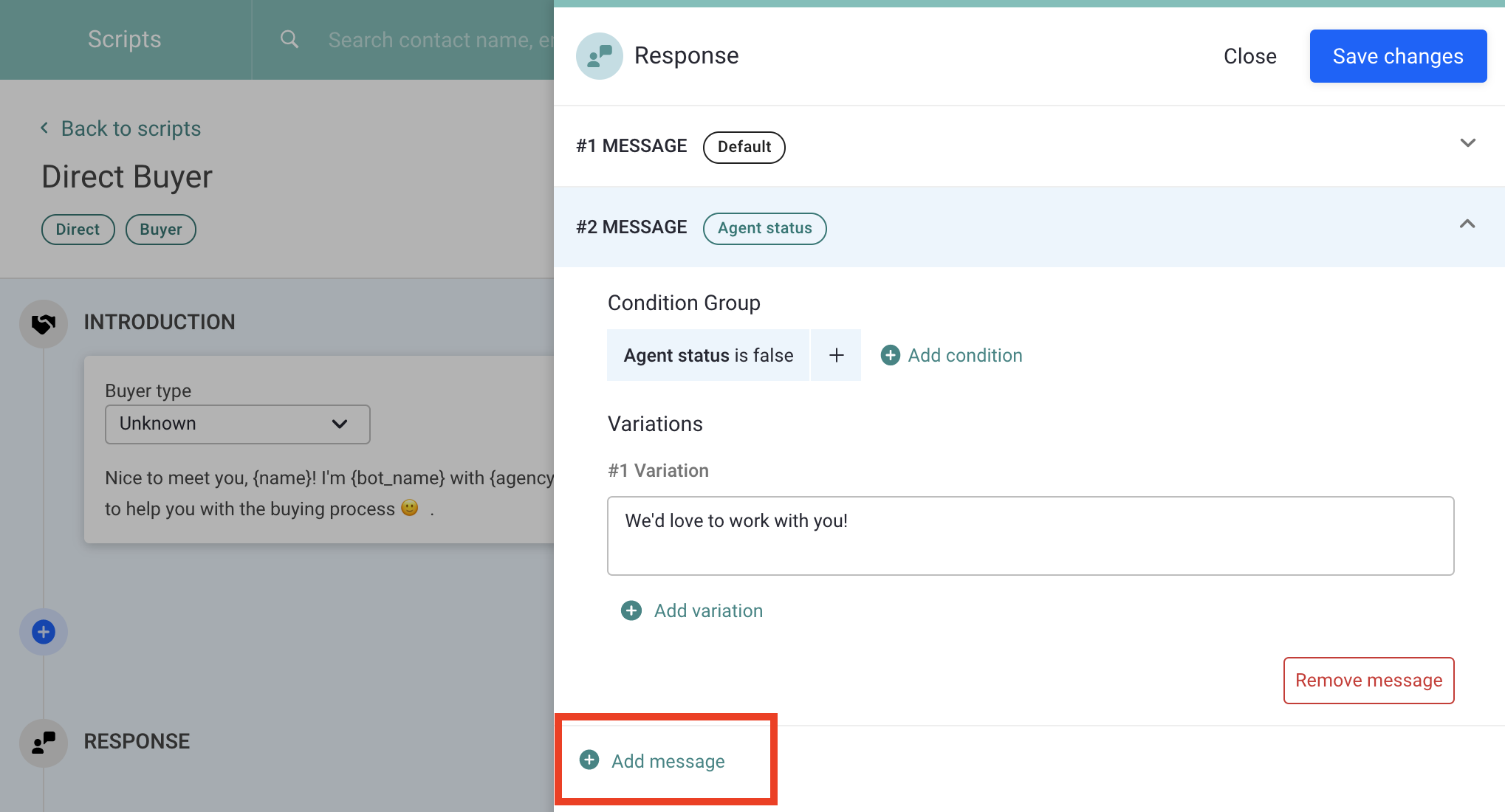 💡 PRO TIP
Adding multiple Messages WILL NOT send all those messages at the same time. Only ONE of those messages will be sent when a lead matches those specific Conditions while being engaged through that specific Script

Messages can be applied to Qualifiers, Responses and Transitions. But are called different names in each part of the script respectively.

👉  A Question, is the same thing as a Message. Only a Question is only applicable using a Qualifier👇

👉  An Answer, is the same thing as a Message. Only an Answer is only applicable using a Qualifier👇

👉  A Message is used in a Response👇 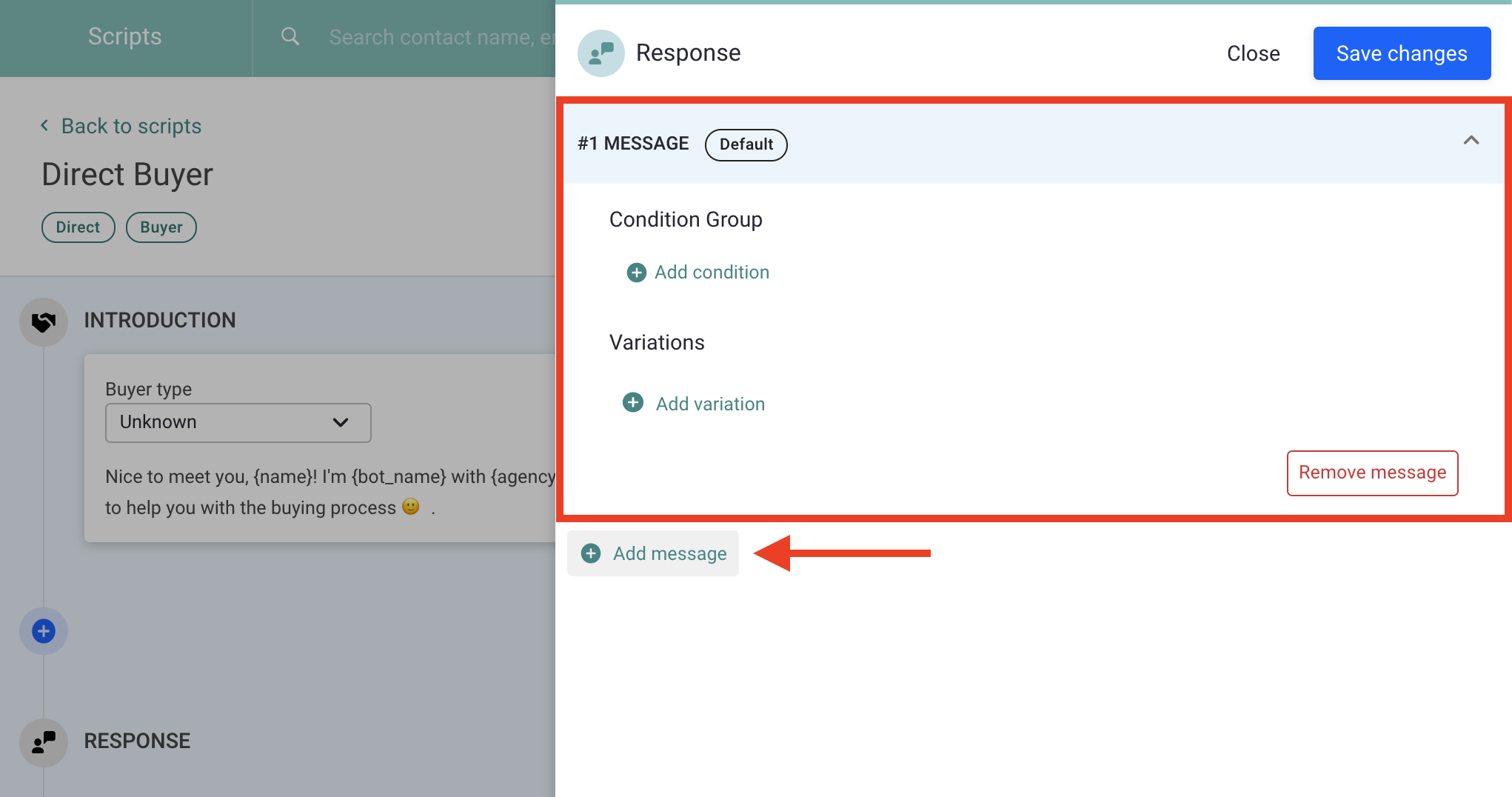 👉  A Message is also used in a Transition👇 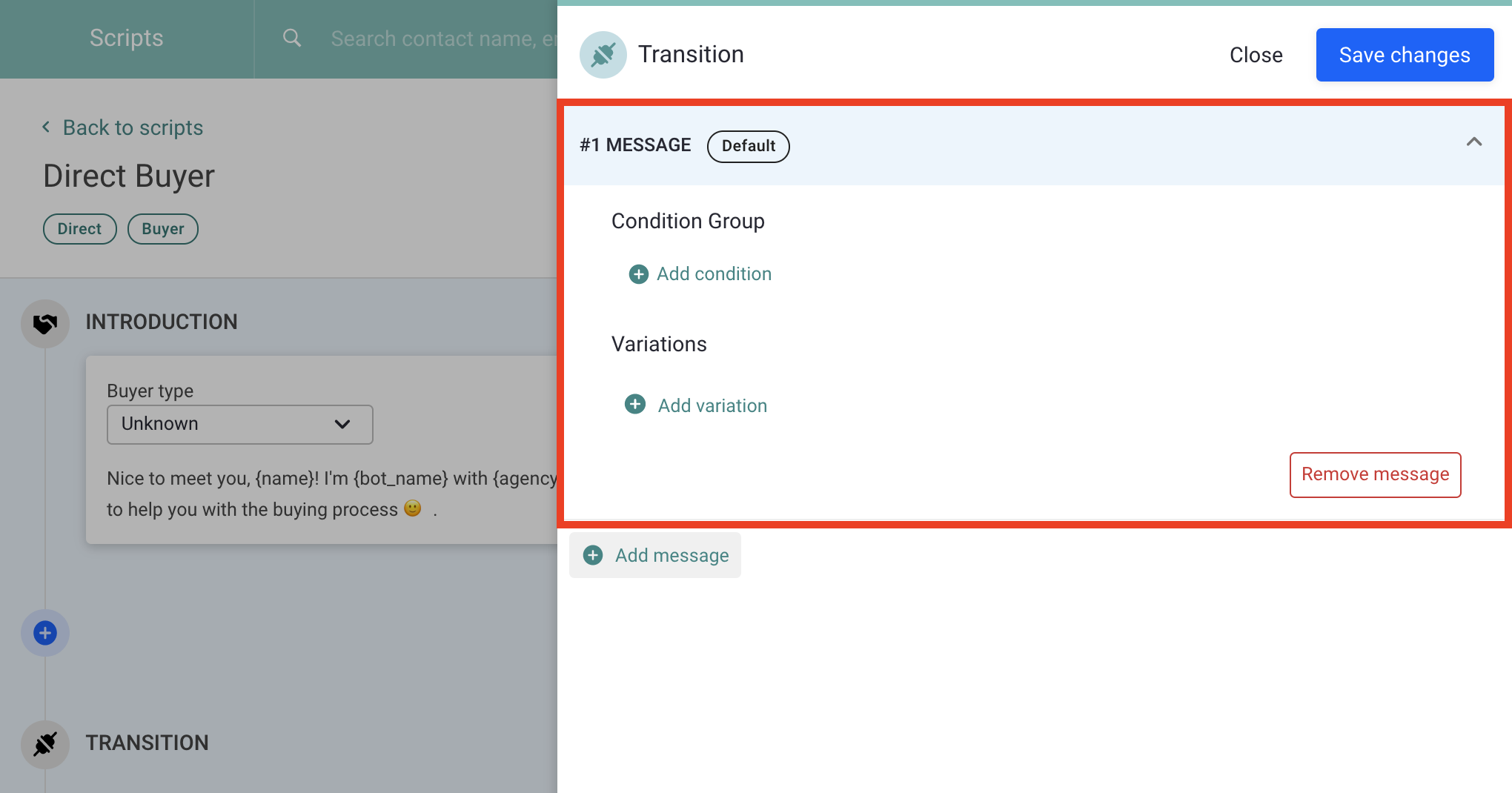 🎊 WOOOOO, you now know how to create a Message! The most important building block to script customization. You're on your way to automation success! 🎊

Did this answer your question?